In the Midst of The GoDaddy Hacker Debacle, A Media Relations Lesson 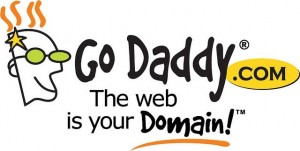 Thanks to some dastardly GoDaddy hacker, my email and  Internet access was shut down for more than three hours this afternoon.

The outage came shortly after 1 p.m. Central time, just as Inside Edge PR was about to wage outreach with the Chicago-area media about an 11th anniversary observance of the Sept. 11 terrorist attacks.

About two hours earlier, I had been asked to provide support for the event. As you can see in the accompanying image, Rolling Meadows-based J.C. Restoration is hosting a gathering of top fire and police officials from the Chicago area.

Fortunately, I had already given a preliminary email heads-up to a handful of key media contacts. And as the GoDaddy debacle dragged on through the afternoon, I used the old-fashioned technique of actually using a phone to follow up with some of those same folks and touch base with others.

Toward the end of the blackout, with my Internet access restored but email still stifled, I managed to convey a few messages to some of my media sources via Facebook.

In the end, it amounted to one resounding reminder: don’t rely too heavily on any one way to connect with the media. And, because you never know when your next obstacle will surface, move as quickly as possible when it comes to media relations.

Related Posts:
Passion’s Vital Role in Effective Public Relations
Overcome Weakness in Your LinkedIn Chain: Invest in Relationships When You Don’t `Need To’