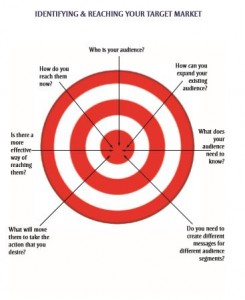 The first newspaper stories that I wrote, 30 years ago, began as actual scrawling that I did in a notebook. After making editing changes, I would then begin typing the copy on an electric typewriter plugged into the wall of my home in the woods on Webster Street.

Along the way, I would make some more on-the-fly tweaks as I churned out a story that typically was two to four pages long, double-spaced, on 8 1/2- by 11-inch paper. The next step: hop onto my bicycle and pedal for nearly two miles to the house/barn-turned-newspaper office of the Marshfield (Mass.) Mariner on the south shore of Boston.

After handing the story to my editor, someone in the office would re-type the words into a mysterious device known as a computer. A few days later, the story would appear in the newspaper.

It was what you would call a process.

And compared to the world of communications today, from newspapers to just about any mode of story-telling that exists, it was a process that moved at glacial speed. For residents to know what happened at the Town Hall meeting on Monday night, by and large they would either have to attend the meeting or be at the mercy of what the reporter deemed newsworthy enough to include in one or more stories that appeared in the paper.

As professional communicators, there is the omnipresent temptation to crank out something in the blink of an eye–because we can. But here are some questions we are wise to ask, of ourselves and one another, before clicking “send” or “post” or whatever word or symbol appears on our latest gizmo:

3. Is there a more effective way of reaching them?

4. What does our audience need to know?

5. Can we expand our existing audience?

6. Do we need to create different messages for different audience segments?

7. What will move them to take the action we desire?

Distilled into one overarching principle: as publicists and marketers, we can never be reminded too often of the need for consistent mindfulness in our communications.