PR Tip: Even When You Don’t Have a Lot, Work With What You’ve Got 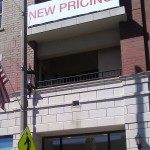 At the time, I was engaged by a real estate agency to help turn what had begun as lemonade but had quickly soured into a lemon. This was in the wake of the global financial crisis that reached a boiling point in Fall 2008.

Focus on What–or Who–You Have