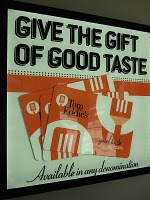 One of Inside Edge PR’s favorite clients, Tom & Eddie’s, is ramping up quickly toward its Grand Opening at the Yorktown Mall in Lombard, Ill. on Friday.

The past few weeks, in a complementary role to the outstanding lead work provided by Ginny Richardson Public Relations, one of my primary responsibilities has been posting content and providing updates to the restaurant’s Facebook Fan Page. An especially fun subplot the past few days has been spurring on comments via contests offering tickets to the Sneak Peek & Eats “soft opening” that began Monday and ends on Wednesday.

For example, in tonight’s contest, we ask Fans to share another Tom & Eddie combination (other than Tom Dentice & Ed Rensi, the restaurant’s co-founders, pictured below with business columnist and media personality Terry Savage).

Over the last three hours, from “Tom Brokaw and Eddie Van Halen” to “Tommy Tutone and Eddie Albert,” there have been more than 15 responses. Meanwhile, the Facebook Fan base grows daily by more than a dozen individuals. By the way, Sneak Peek & Eats is much more than fostering good will by providing free meals.

Akin to Major League pitchers and catchers being the first to report for Spring Training, it’s a time for the entire restaurant team to begin working out some kinks and get ready for the public opening.

In much the same way, generating a lively, ongoing conversation on Facebook is not some frivolous exercise. Rather, it’s an effective way to build community even as you are responsive to the views of those who choose to join that community.

When individuals feel that their voices are being heard, respected–and rewarded, on occasion–then they are much more likely to suggest their friends join in as well, and to talk favorably about a given brand or business in their day-to-day travels and interactions.

One last note: did you know you could win a weekly free burger meal for life when you come to Tom & Eddie’s during its Grand Opening on Friday? And this prize isn’t too shabby, either: a free weekly burger meal for a year–80 individuals will get that reward.

Check out this GR-PR news release for those and many other details.